A dinner between a daughter and her estranged father takes a unexpected turn.

The sisters Snöfrid and Vitstjärna has to take radicly different paths to survive in 10th century Norway. One has become a Vǫlva, a seeress in the Norse religion. The other has become a sheildmaiden and a viking, living on the fringe as an outlaw. When Vitstjärna commits and unforgivable crime, Snöfrid is forced to decide how strong the bond between sisters can be.

Two homeless women are forced by a psychopath to help him secure his drug stash.

One night Joshua is woken up by an unknown caller who threatningly commands him to stop hitting on a girl. When the police shows no interest in Joshua's case, his "boys" decides to take the matter into their own hands.

THE SILENT GOD / INN THÖGLA AS

An aging solider flees throught a frozen landscape. Following him is a killer of unspeakable brutality. Set against the backdrop of Sweden's convertion to christianity at the end of the 11th century.

Santa has decided to commit to a life of crime.

A young woman becomes the target of a killer after witnessing a murder.

IN FRONT OF THE CAMERA 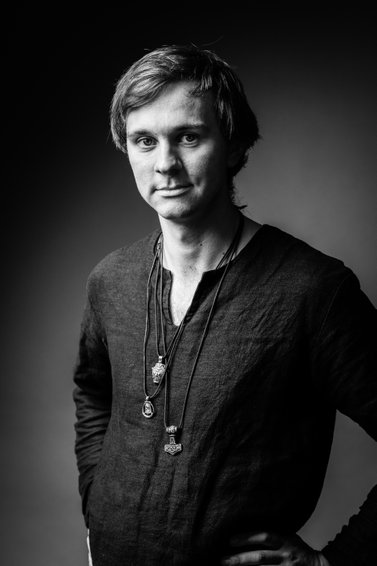 Fluent in Swedish and English, some skills in Norweigan.

Skills also include stage fighting, editing, driving, swimming and some skills at the piano.